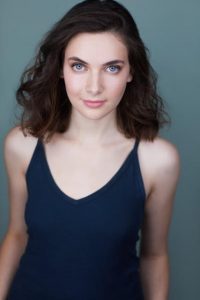 Hannah Antman (Lodovico/Senator/Gentleman) graduated this May with a BFA in Acting from Boston University. Around Boston, she has performed at the Boston Children’s Museum with City Stage as well as with Open Theatre Project. This August, she’ll be performing in two new plays with First Hand Theatrical in her native Chicago. She plans on moving back there to pursue acting, comedy, and deep dish pizza. hannahantman.com